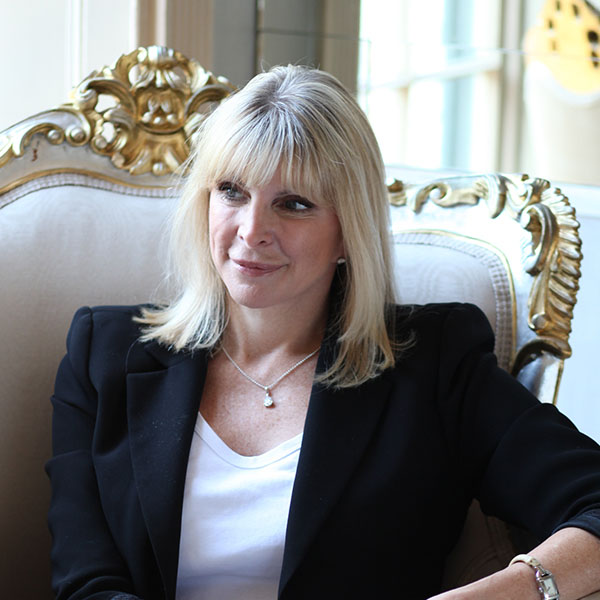 SKU:
£0.00
Unavailable
per item
Change expert, author and speaker
Add to Cart
​There are few female speakers today who can claim the wide expertise and profound audience reach of Marisa Peer. With nearly three decades of work as a therapist behind her—helping rock stars, royalty, Olympians, and leading CEOs overcome phobias, addiction, childhood traumas, and relationship problems – Marisa has an unparalleled ability to connect with each of her audience members on an individual level.

Marisa’s own life story is proof of what serves as her message: that the thoughts and words we choose have a direct impact on how our lives play out. After being told in school she was inept and would never amount to anything, Marisa went on to become the top trainer at the renowned Pineapple Dance studio in both London and New York and then worked for Jane Fonda in Los Angeles at the height of the fitness craze. Using her firm belief that the body does precisely what the mind tells it to, Marisa had her daughter after numerous specialists insisted she would never get pregnant. She also used this same philosophy to overcome two life-threatening illnesses and has helped many people do the same.

In the speaking realm, Marisa has given motivational lectures all over the world to an array of companies and organizations including Disney, Canon, Bauer Media, Hachette publishing, and several Cambridge Colleges. Her unique talk  ‘How to Mastermind Your Life in 9 Easy Steps’ uses techniques including visualisation, affirmations, and positive metaphors to instill in her audience extraordinary self- belief and unrelenting confidence in their abilities. Marisa is able to bring her reputation for curing her patients in just one session to her speaking engagements. Audiences are frequently left feeling transformed and with a radically different outlook on their lives.

Her accolades include being listed in Tatler’s Guide to Britain’s 250 Best Practitioners, being the only woman included in Men’s Health’s “Best of British” list, and listed as the leading practitioner for mental health in London’s Time Out Guide. Her bestselling books have been translated into Swedish, German, Icelandic, and Korean, with her “Ultimate Confidence” title being used as a core curriculum component in the Korean education system.

On top of these literary successes, Marisa has also appeared behind and in front of the camera on major television shows such as Supersize versus Superskinny, Celebrity Fit Club UK and USA, Football Saved my Life and I’m a Celebrity Get Me Out of Here. She has given her expert advice and opinions on UK news outlets including Sky News, BBC News, ITV News, Channel 4 News as well as news programs in Japan, Dubai, Spain, America, and Scandinavia.

As a speaker, Marisa offers not just advice, but an outlook broken down in nine easy steps. She gives audiences nine ways they can change their habits, thought processes, and daily routines to permanently improve their lives. Having worked with everyone from stressed city traders and film stars with severe confidence challenges to premier league football teams, she knows what causes people both to fail and to thrive.

Sharing this knowledge helps the audience use her advice to become a better CEO or entrepreneur, to be a better boss or manager to get more out of others and out of themselves.  Marisa’s talk is witty and sharp and peppered with anecdotes from her 25 years of therapy practice and television work, which both amuse and inform audiences. Listeners are unable to leave the room without at least noticing the negative patterns and defeating self-talk that is getting in the way of their success and identifying new positive patterns.

The feedback she receives is that her takeaway advice is immediate and has lasting results. Marisa’s advice is profound because listeners learn that by improving their self-confidence and enhancing their self worth, they gain the tools to tackle every area of their lives— from career and personal goals to better and more fulfilling relationships and improved parenting.

Having been a leading therapist for over 25 years, she has a wide experience and a reputation for achieving stellar results in a short time frame. Marisa engages audiences by bringing her one-of-a-kind therapy techniques to the podium. She is a fan of simple, small steps that have dramatic and permanent results and makes a point of showing her audience how effective these simple steps are in changing people for the better.

I can honestly say that Marisa had my very demanding and clever audience totally engaged and fascinated throughout her presentation. They have reported back to me quite astonishing positive results since implementing some of the strategies that Marisa suggested, from shifts in their own self esteem to major breakthroughs with their children.
Paula MacArthur Founder, The Mastermind Agency & the Kick Ass Women’s Dinner Club

The feedback we got from Marisa was fantastic. A large percentage of our audience referred to Marisa’s speech as the highlight of what they took away from the day.
Jacqueline Frost, Managing Director of Women in Business: Superconference

Marisa is an authentic, amusing and engaging storyteller. Her style is open and warm she gets to the point immediately, while making sure her message is backed up with fascinating stories so they are memorable. Marisa has huge credibility and an ability to mix business acumen with emotional well being.  Her messages are powerful and her anecdotes and insights unique to her extraordinary career. Her capabilities are holding entertaining and engaging the audience totally while giving them information that will enhance their lives in format that could never be perceived as boring, formulaic or repetitive. Her talks are lively and full of specific examples and anecdotes. She is much in demand as a speaker due to her unique ability to change lives.

Marisa is a truly exceptional speaker and writer. I’ve endlessly analysed speakers and writers over the last ten years and Marisa has the best ability I’ve ever seen to hold an audience spellbound as she shifts seamlessly from story to practical tools. A truly exceptional speaker with an incredible focus on creating a tangible outcome and action from the audience.
John Richardson, The Coffee Boys