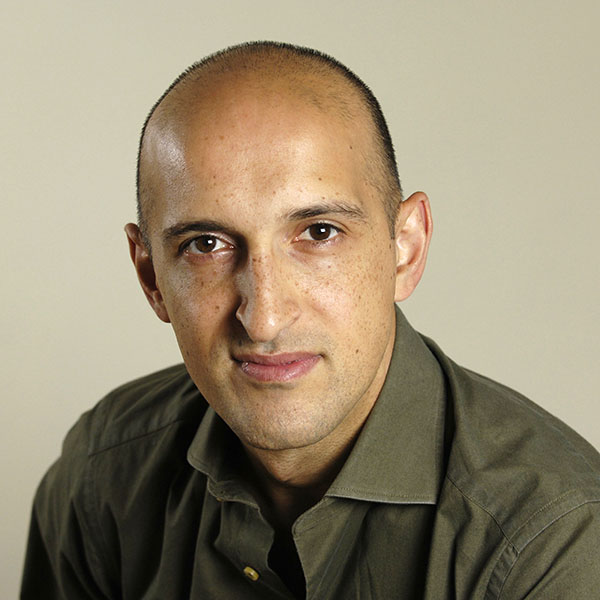 SKU:
£0.00
Unavailable
per item
Journalist, Author and Sportsman
Add to Cart
Matthew Syed is a British journalist, broadcaster and author of Bounce, a book described as “a must-read for anyone interested in the science of success, and the mindset and culture that support it”. He has won numerous prizes for his writing including Feature Writer of the Year at the SJA Awards and Sports Journalist of the Year at the British Press Awards. He is also a three-time Commonwealth table tennis champion and a two-time Olympian.

Bounce, which is an international bestseller, has been published in nine countries.

Matthew was born to a Pakistani father and Welsh mother in Reading, southeast England, in 1970. After attending his local state school, he graduated from Oxford University in 1995 with a prize-winning first class degree in philosophy, politics and economics. His first book Bounce, published in April 2010, has been described as “one of the most intelligent and thought-provoking books about sport ever written”.

Matthew is currently a columnist and feature writer for The Times. He writes a Wednesday column on sport as well as penning reviews, opinion and interviews. He has won numerous prizes for his writing including Sports Journalist of the Year at the British Press Awards and Sports Feature Writer of the Year at the Sports Journalist Association Awards.

Matthew Syed is consistently rated among the top business and educational speakers in the UK.

He delivers presentations on performance, strategy and mindset, as well as providing tailored events to businesses and organisations looking to get an edge in performance.

Over the last 12 months, Matthew has been booked by many of the most innovative and forward-thinking organisations in the world including Goldman Sachs, Arsenal FC, Vodafone, Rolls Royce, BP, McKinsey, Alliance Bernstein, Oxford University, Saracens, McLaren, Deutsche Bank, Morrisons, T-Mobile, Genentech, Orange, the Premier League, United Bank of Switzerland, the England and Wales Cricket Board, Westminster School, Freshfields and Proctor and Gamble.

The testimonials for Matthew speak for themselves, he is motivational, knowledgeable, funny and inspiring – typical client responses include –

A wonderful speech delivered to 1000 senior executives. Matthew’s messages are powerful and thought-provoking – and they have become central to the strategy of our business.
Norman Pickavance, HR Director, Morrisons

Matthew was everything I had hoped for and more. He captivated the audience with material that he made directly relevant to our business. He was asked some thought provoking questions and came back with equally thought provoking answers. As a company we are on a journey of change and Matthew’s presentation supported our strategy for the year ahead and beyond.
Alison Traversoni , Executive Director, e.surv Chartered Surveyors